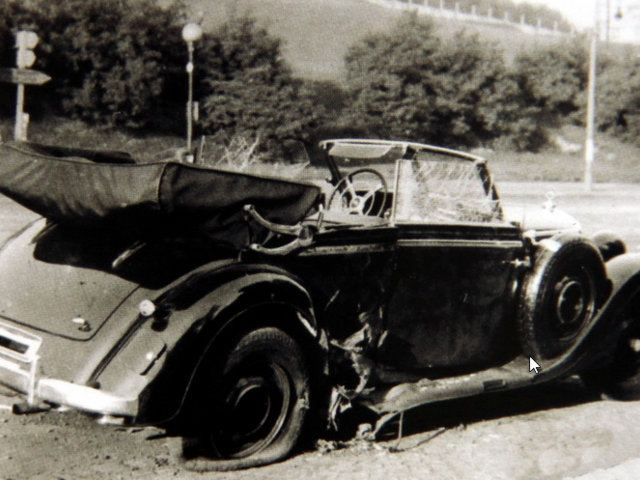 It all took place shortly after half past eleven on 27 May 1942 in Prague-Libeň, where Heydrich's bodyguard and driver had to slow down at a bend. At that moment, Gabčík was about to shoot the acting Reich Protector with a Sten submachine gun.

However, the gun failed, and so Kubiš's grenade was used, which, although it did not hit the open car directly, its explosion damaged the car and the shrapnel also hit Reinhard Heydrich, who succumbed to his injuries on 4 June 1942 after subsequent sepsis.