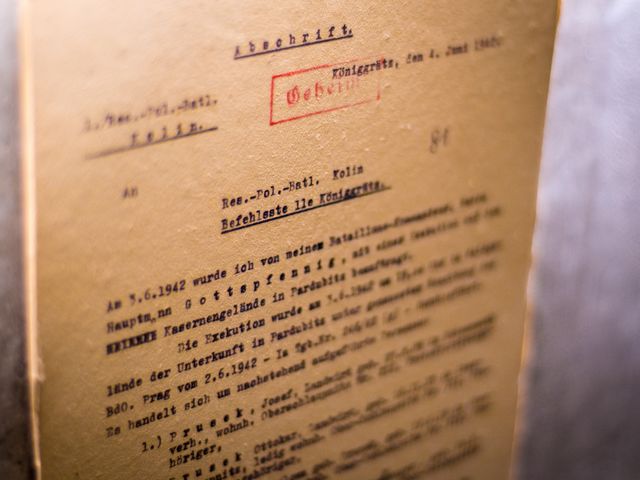 Crimes planned at an office desk

Before Nazism came to power, Adolf Hitler wrote Mein Kampf in Landsberg Prison, summarising his ideas and plans for the colonisation and reconstruction of the East.

He began to put these into practice after his accession to the leadership of the German Reich in 1933, more precisely in September 1939, when Poland was invaded. In the same month, the T4 action began to rid Germany of the "hereditary burden", which meant the liquidation of disabled patients in mental hospitals. Carbon monoxide, artificially created by IG Farben, was used for the killings. Seventy thousand Austrian, German and Sudeten German patients were murdered in this way over a period of two years.

In July 1941, one month after the attack on the Soviet Union, Reinhard Heydrich was entrusted with the "final solution of the Jewish question". Under Heydrich's leadership, not only concentration camps and Jewish ghettos, but especially concentration camps in which the mass murder of Europe's Jewish population took place, began to emerge. This operation was named after its creator - Operation Reinhard.