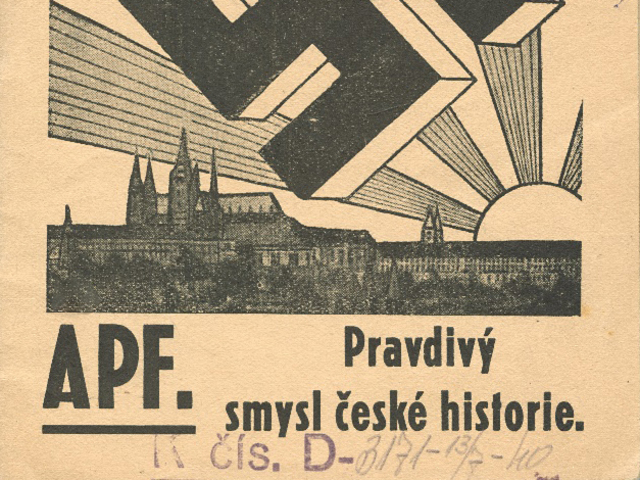 Not all the inhabitants of the Protectorate behaved as patriots. Among the population there were many individuals and groups who found in the occupiers their "liberators" and tried to facilitate the new regime's seizure of power and the fight against the resistance.

The commander of the Silver A paratroopers, Alfréd Bartoš, was also aware of this danger from the home population. The greatest danger was posed by the collaborators' organised groups. In Pardubice and Hradec Králové, the Vlajka and the Aryan Labour Front were particularly active. Almost two hundred members of the Vlajka organisation lived in the region, of whom over a hundred lived in Pardubice. It is interesting to note that the leader of the Aryan Labour Front, which had a membership of approximately 500, Bedřich Opletal, was from Sezemice. That is, from the village where the commander of Silver A, Alfréd Bartoš, came from.